“War is the great auditor of institutions” 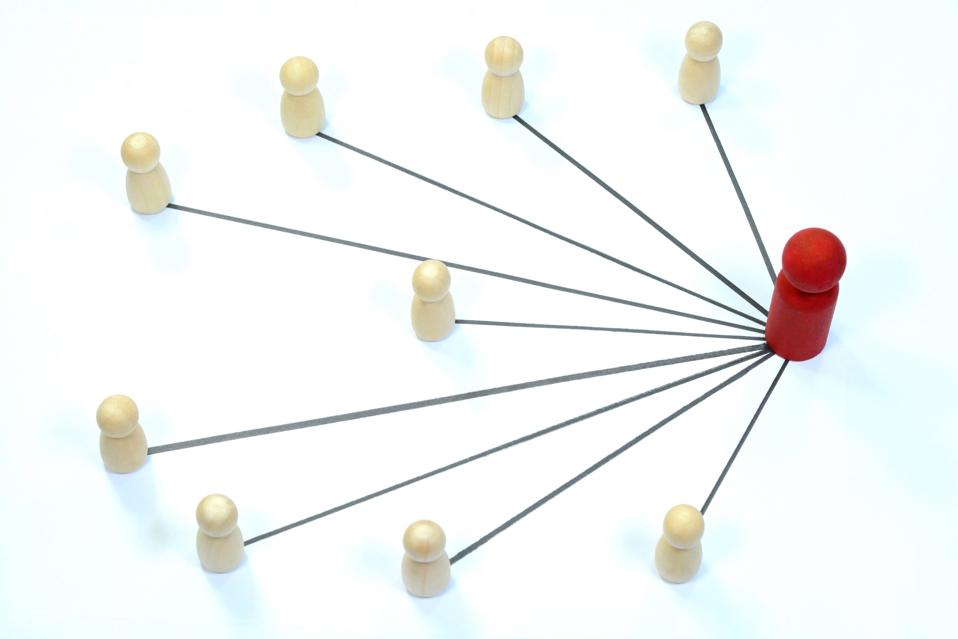 The Biden Infrastructure Plan is starting to resemble the 2500 year-old parable of the Blind Men and the Elephant - all of us blind, gathered around a giant beast, one touching a tusk (green energy, lead free water), another a trunk (high speed rail, better regulatory process), coming together to describe the animal in our midst. We all think we know what it is, but like the blind men, everyone’s conception is starkly different, open to interpretation, to mistrust but also to optimism.

Milling around this beast, the Congress that the Founders created doesn’t have a straightforward job. There are 535 members, listening to 330 million Americans, all of whom have touched some part of the elephant. I think we are getting there, we are certainly getting somewhere - there will be an infrastructure bill, even if just a starting point launching us toward new kinds of investment and innovation.

People seem to increasingly believe that once again, like in 2009 and 2017, this infrastructure moment could slide through our fingers. Others are working actively to kill the moment, for one reason or another. This time is different, as we contemplate the ‘architecture of opportunity’ heading into the Fourth Industrial Revolution. I was interviewed a couple of days ago by a Chinese journalist, and she wondered aloud - voicing what seems to be the opinion of many people around the world - if we had the ‘will’ to approve a new infrastructure plan, let alone execute on that plan. I assured her that we did.

Let’s assess where the Biden Plan is now, in terms of scenarios:

Initial Case - Build Back Better. This blind man’s original concept of the plan was roads and bridges, even bike paths, and other traditional infrastructure, that would be paid for by the also old combination of new taxes and additional debt. It sounded as if we were going to recreate the 1950’s, as China races to invest $2 trillion in new infrastructure, like high voltage transmission, electric vehicles, AI and high speed rail. We seemed to be forgetting that we have at least $33 trillion in infrastructure assets that are over 50 years old - absorbing 60% plus of our infrastructure budget in operations and maintenance. Congress has moved beyond this initial understanding of the beast.

Evolving Case - Smart Infrastructure. The Plan is quickly moving in the direction of greater emphasis on 5G, AI, Machine Learning, EV’s, AV’s and other infrastructure investments that are more consistent with the Fourth Industrial Revolution (something President Biden highlighted in his infrastructure roll-out). Two important and connected facts: most of this smart infrastructure is green, and its natural investors are not the public sector, but long-term private investment (pension funds, for example, the key investor behind Anbaric’s visionary offshore wind transmission network -the teachers of Ontario, Canada paying for New York’s green electricity)!

Potential End Case - The Next Great American Economy. There is real momentum - beyond the glimpse of a vision - for something more tightly focused on the future. At the risk of straining the metaphor, we the blind folk seem to be sensing the possibility of creating a whole new type of elephant. A shaped focus on smart infrastructure investment would hammer virtually every issue that Democrats and Republicans care about: good jobs, a clean environment, advanced manufacturing, supply chain renewal, overall innovation, new thinking about government and national security.

It’s difficult to imagine a better path to the future than through robust investment that puts us all in a position to lead the Fourth Industrial Revolution. Will Congress keep moving in the right direction? Will we help them design the right elephant? How Congress addresses three issues will tell us all we need to know:

How Do We Pay For This Generational Investment? This is a different kind of infrastructure, different in purpose, so it is logical that the fuel for that investment will be different. Congress and the White House have either not caught up to that fact, or are waiting for us to catch up. If we were to look at a SWOT of the U.S. in terms of options to fund infrastructure, the key strengths - where we are true superpowers - would be sturdy funding sources, institutional funds (pension, life insurance), and the gushers of data produced by both the public and private sectors. The gasoline tax funded one kind of infrastructure, as we rolled down new highways in convertibles, wind blowing in our hair; we are going to fund this new infrastructure with a dynamic, and likely very innovative, combination of our retirement funds, and the data we are busy producing and using to transform the future.

How Do We Bring Manufacturing Home? The shaping purpose of our infrastructure investment might best be toward advanced manufacturing, including bringing the supply chain home. You need a vision to organize people, and nothing is more powerful than manufacturing. According to the McKinsey Institute, for example, manufacturing makes up only 11% of U.S. economic activity, but drives in round numbers 20% of capital investment, 30% of productivity growth, 60% of exports and 70% of R&D. (I’ll never forget the conversation with a deputy USTR in the Clinton Administration who told me with the authority of his office that ‘manufacturing doesn’t matter’ - and so here we are, 5 million manufacturing jobs later). 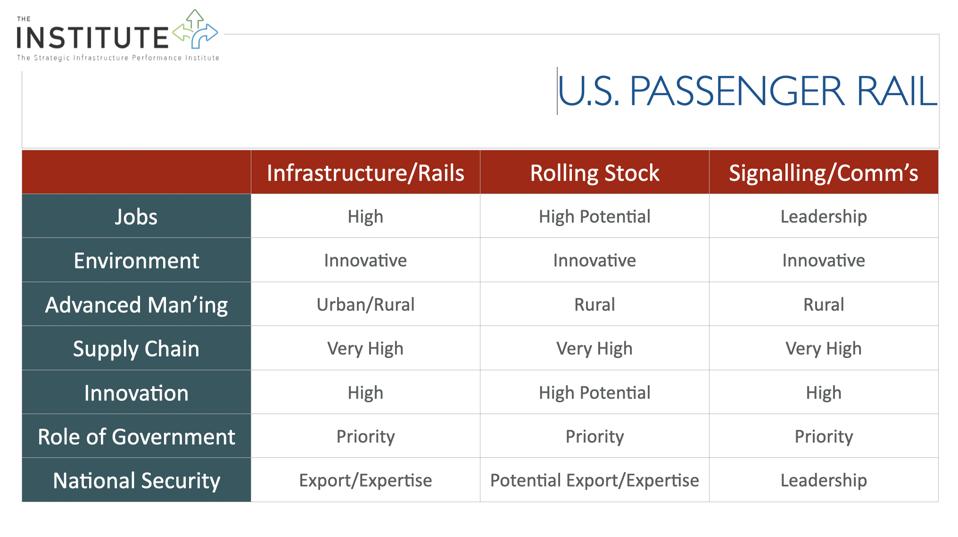 Value to the Economy of Homeland Manufacturing

The graph above was created for a passenger rail project, and highlights the extraordinary value of infrastructure-based manufacturing for for the U.S. economy. Two observations. First, a well-crafted infrastructure bill will hit every single high resonance priority of the Biden Administration, and has all the hallmarks of a bipartisan Congressional deal (vertical axis). Second, the opportunity of bringing back the supply chain is extraordinary, difficulty to do, but capable of dramatic results - there are no U.S. rolling stock manufacturers, but eight foreign ones (four European, four Asian) that simply assemble increasingly smart cars here for our mass transit systems and Amtrak. How can that be, you ask? Let’s fix advanced infrastructure by addressing the deep holes in our manufacturing economy.

Sidebar - Winners & Losers. Let me highlight the enormously dynamic sectors of the economy that will benefit from this digitization and electrification of our infrastructure. These are companies that have been invisible, but that can become superstars. They will be instrumental in powering the brains of the infrastructure economy, like: Synaptics SYNA , NXP Semiconductors NXPI , Skyworks Solutions SWKS ; and their sister companies powering electrification, including AES, Lithium Americas and even Iberdrola.

What Institutions Must Be Created To Make This Work? One of the more powerful ideas is to tie everything together through the creation of a national infrastructure bank. The right bank - properly designed, energetically led, imaginative - would tick the three big boxes that are bothering me right now, perplexing mightily both the Administration and Congress. First, where does the money come from - or, better, how to shift from current sources (divisive generationally, as well as between economic sectors) to more modern and robust funding mechanisms. 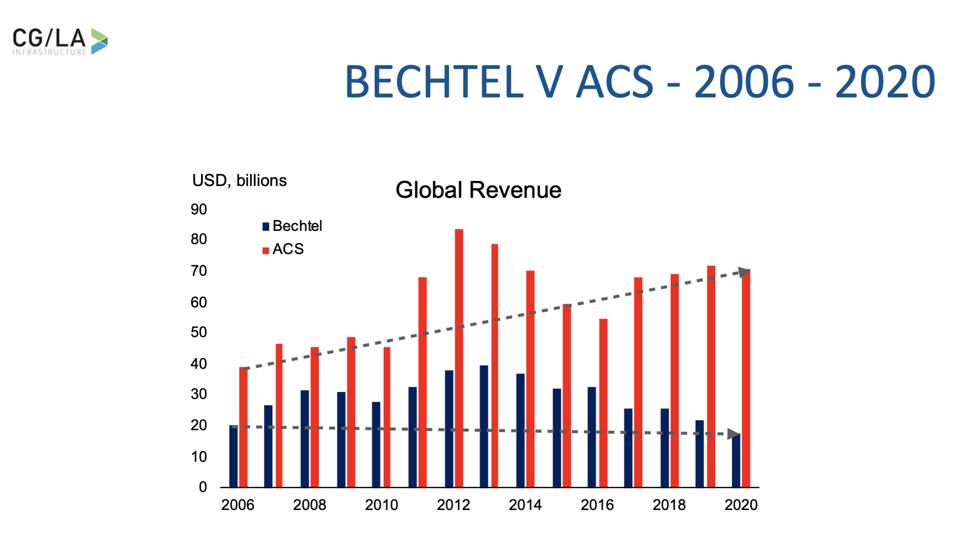 Second, How Do You Channel Funds Into The Right Projects And Programs? This is a big task, and a major source of support leakage. There are 3,143 counties in the U.S., with at least that many administrators who need to make good technical decisions that lead to economic growth and opportunity! Given the economic shift that is coming, driven by digitization and electrification, we need a source of world-class expertise to assist decision-makers in making good decisions. A bank - maybe we call it something more appropriate, like the Strategic Infrastructure Funding Agency - can play that role, especially if well-funded, and purposed to reinforce and empower local decision-makers.

Third, and perhaps most important of all, you can’t spend this much money in a highly dynamic environment (this is not bricks and mortar infrastructure, it is dynamic, shape-shifting, with yearly software upgrades) without monitoring and optimizing performance. A bank, with state infrastructure banks - perhaps grouped into regions, like the Fed - would be able to do that.

Note: This institution would also provide a needed shot in the arm for U.S. engineering/construction companies, the back bone of the infrastructure industry (see graph above, highlighting the revenue profiles over the last 15 years between the larger U.S. firm, Bechtel, and the giant of the Europeans, Spain’s ACS).

Gathering the Blind around this Elephant. In my conversations with people around the world, many cheer us on, and put their hope in us, but aren’t fully convinced that we will get it done this time. Here at home, on the other hand, people actually believe we can pull it off, holding high their own visions of tusks, and trunks and everything else that in their mind can make an economy productive, and that can create an architecture of opportunity for all of us.

Much of this has to do with our experience in this messy democracy… we move when all the other options are exhausted, and only when we have to. It took us three years to become the Arsenal of Democracy in World War II, but once we got started we ended up creating - with allies - the rules based order that has governed the world for the last 70 plus years. Do we have the gumption, imagination and sense of this hinge moment in history to do it again?