Can Robots Transform Offshore Energy? Standardization, Regulations And Workforce Are The Keys 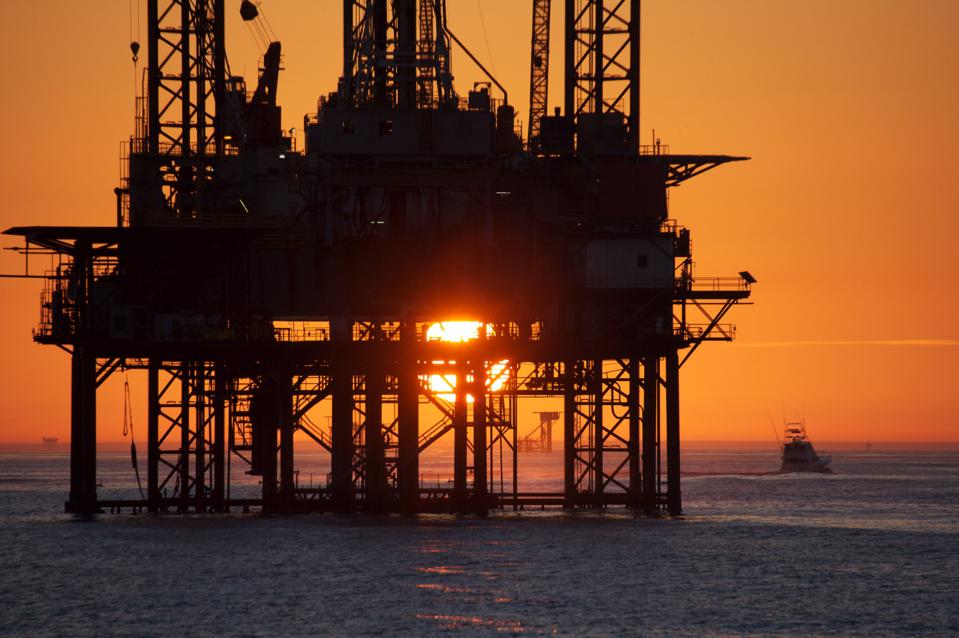 Oil and gas Jackup drilling rig at sunset in the Gulf of Mexico. (Photo by: Education ... [+] Images/Universal Images Group via Getty Images)

When the BP Deepwater Horizon drilling rig exploded and caught fire on the Gulf of Mexico in 2010, killing 11 workers, it vividly illustrated the dangers of offshore work.

Since that time, breakthroughs in sensor technologies, data analytics and computer processing capabilities have ushered in a new era for robotics in car manufacturing, aviation and other sectors.

A similar adoption of robotics and automation in the energy sector is compelling to make energy infrastructure—including offshore energy — safer. As our colleague Aaron Becker, an expert in robotics, noted at a recent UH Energy symposium, if robots had been deployed on the BP Deepwater Horizon platform instead of humans, 11 lives would have been saved.

Offshore platforms are notoriously hazardous locations, dense with heavy equipment and handling large quantities of highly inflammable liquids and gases. A decade after the Deepwater Horizon incident, a few pilot projects now use automation to run platforms in the North Sea and off the coast of Australia.

Yet, for all the litigation and fanfare following the BP Deepwater Horizon accident, no such effort is underway in the U.S. Gulf of Mexico.

Why haven’t robot-driven, automated and unmanned installations become the norm?

Three issues stymie the push forward: Standardization of equipment and designed infrastructure; uniform and adaptive regulations that keep up with the latest advances in technology; and a workforce that is robot-ready and can integrate automation into the workflow seamlessly.

Standardizing offshore energy infrastructure and technology would prime rigs for robots and automation. It would mean fully separating humans from the kind of work that resulted in scenarios like the 1988 Piper Alpha explosion that killed 167 workers, or the 1980 Alexander L Kielland explosion in the North Sea that killed 123 people. It could also help contain the spiraling costs of offshore oil and gas exploration.

However, the standardization of installations and technology has been hard to achieve in the offshore energy world. Typical offshore exploration and production projects are complex and gigantic, meaning no single company undertakes one alone. Projects often include various operators, service providers and drilling companies. The original equipment manufacturers who provide equipment to these companies also play a role.

This lack of standardization, in turn, makes automation incredibly challenging. Initial steps toward standardization will mean overhauling procurement systems, first in equipment, then in modules and projects.

In some regions, including the U.S., the biggest roadblock for robots on offshore platforms is the regulatory climate. This is true especially in the U.S. Gulf of Mexico. While oil and gas regulations vary by geographic region, regulations in the U.S follow a prescriptive methodology, with strict enforcement of Safety and Environmental Management Systems.

Criticism of the U.S. system following the BP Deepwater Horizon accident resulted in more careful enforcement of rules, but failed to produce a forward-thinking regulatory approach that uses technology advancements to increase safety on a broader basis. It is a much more limited approach. By contrast, the off-shore European industry follows regulations that apply performance-based – i.e., results-based – standards.

Furthermore, lack of international regulatory harmonization for deepwater platforms means that European success with automating their offshore platforms fails to push the U.S. system forward. Currently, U.S. regulations do not permit full automation, while European regulations do. The lack of consistency makes it difficult for the same company to standardize its offshore platform operations globally.

On a company level, increasing automation on platforms would require a mindset overhaul. The industry has justified its resistance on safety concerns, such as equipment malfunction or cyber-attacks.

For offshore platforms, companies rightly place a high priority on securing the physical safety of operation, mindful of the tremendous importance of ensuring environmental safety. Companies are mindful that a potential malfunction on an unmanned platform might increase the time in a maintenance response.

Practical challenges include making sure that monitoring equipment is fully secure and reliable in the harsh conditions that platforms sometimes confront, be it freezing temperatures or hurricanes. Sensors installed on rigs to capture data must be secure and accurate, or the viability of the platform diminishes.

Another concern for the energy industry and its workforce is the extent to which robots could eliminate jobs, given recent job losses in manufacturing due to automation. As many as 375 million people around the world will be forced to change jobs by 2030 as their positions instead become automated, according to a recent McKinsey report.

Yet labor and computing experts argue that this could provide new opportunities in the workforce, given the very different skill sets of robots and humans: the first, for repetitive and computational tasks, the second for judgment and perception.

“AI-based machines are fast, more accurate, and consistently rational, but they aren’t intuitive, emotional or culturally sensitive,” wrote David De Cremer and Garry Kasparov in the Harvard Business Review. “And, it’s exactly these abilities that humans possess and which makes us effective.”

In the energy sector, teams and infrastructure could be built of humans and robots working together to capitalize on the advantages of both. Equinor, for example, is planning to use their unmanned platforms to make additional discoveries near existing fields, thus extending the field life of these plays and making them more profitable.

Indeed, the sad example of the Deepwater Horizon, where those onsite at the platform misguidedly relied on their assessment of the situation rather than the collected data indicating abnormal pressures on the drill pipe, shows that having all hands on deck does not necessarily avert disaster.

Emily Pickrell is a veteran energy reporter, with more than 12 years of experience covering everything from oil fields to industrial water policy to the latest on Mexican climate change laws. Emily has reported on energy issues from around the U.S., Mexico and the United Kingdom. Prior to journalism, Emily worked as a policy analyst for the U.S. Government Accountability Office and as an auditor for the international aid organization, CARE.

UH Energy is the University of Houston’s hub for energy education, research and technology incubation, working to shape the energy future and forge new business approaches in the energy industry.