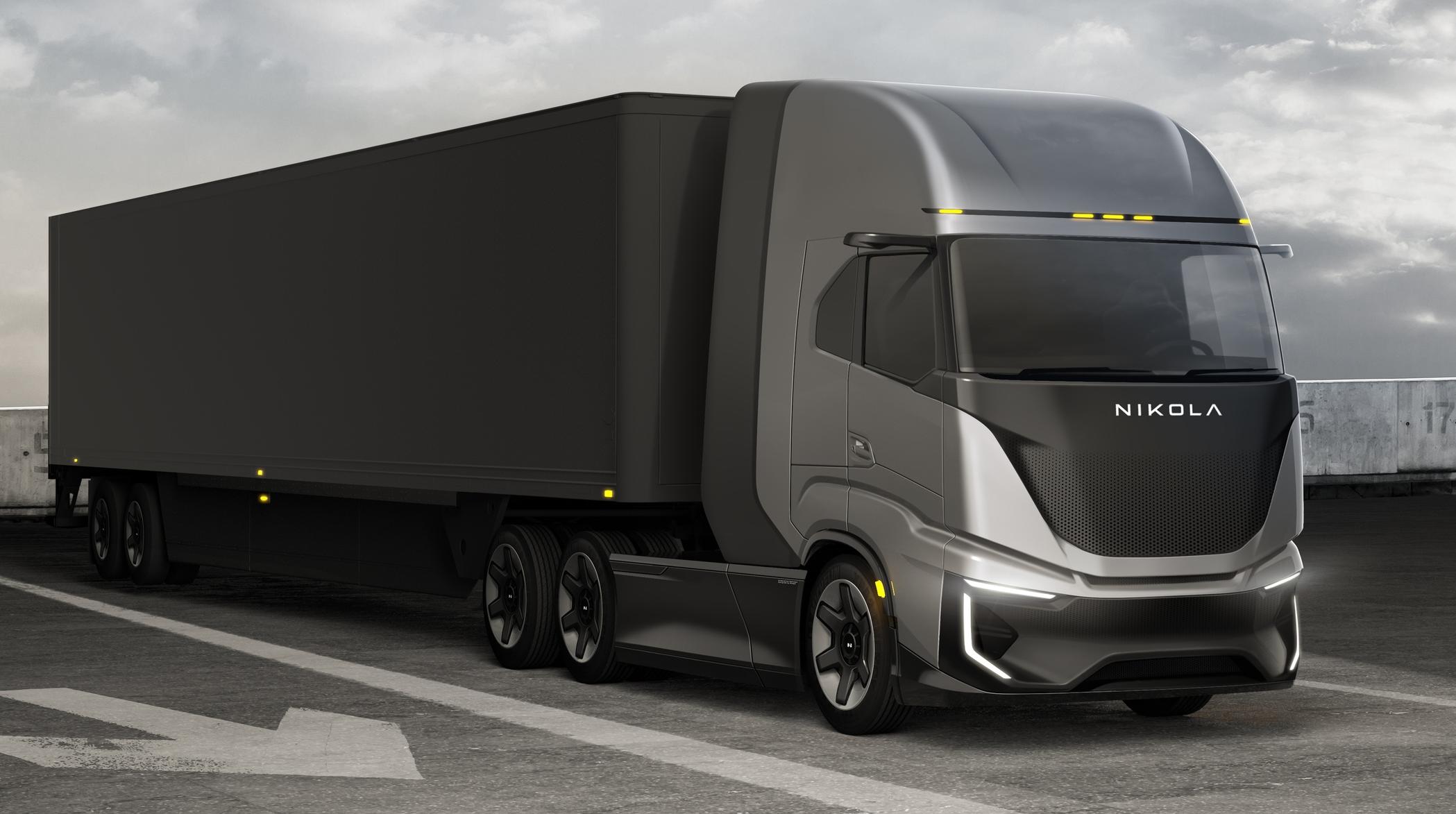 Nikola Tre trucks, developed with IVECO, will offer range of up to 500 miles per hydrogen fueling.

The companies said the goal of their collaboration is to improve hydrogen availability and hold down the cost of distributing and storing the carbon-free fuel. Nikola will install fueling stations for customers that are tied into the distribution network. The companies didn’t provide a timeline for their infrastructure plans or financial details.

The European development comes as Nikola prepares to create a U.S. fueling infrastructure for electric semis that will be powered by both batteries and hydrogen, and emit no tailpipe pollution. The Phoenix-based company has an agreement to buy cheap surplus solar power in Arizona that it will use to make hydrogen from water, though hasn’t yet announced the locations of its first fuel stations. Meanwhile, Germany and other EU countries are moving aggressively to increase use of hydrogen for heavy-duty vehicles as part of a strategy to curb carbon emissions.

OGE operates 12,000 kilometers of natural gas pipelines in Germany. Nikola has also partnered with IVECO, a unit of CNH Industrial, to produce battery-powered Tre trucks that go into production in Ulm, Germany this year. Production of Nikola Two hydrogen trucks in Arizona starts in two years.

Knocks on hydrogen as a vehicle fuel have been that it’s primarily sourced from natural gas, meaning that while it’s a zero-emission fuel when powering a vehicle (producing only water as a byproduct) making it creates carbon emissions (though less than from the use of diesel, gasoline or natural gas). The other problem is it’s more efficient to charge up batteries with electricity than to use that electricity to make hydrogen, which in turn is reverted into electric power for propulsion.

Yet as ever greater amounts of electricity become available from large-scale wind and solar projects, the ability to make “green” hydrogen from water and renewable power eliminates the fuel’s carbon penalty. Relatively little hydrogen made in that way is currently available, though Norway’s Nel Hydrogen, a Nikola partner that’s providing electrolysis technology, estimates it can produce low-cost hydrogen from renewable sources at large scale by 2025 at a cost of just $1.50 per kilogram, well below current fossil fuel prices.