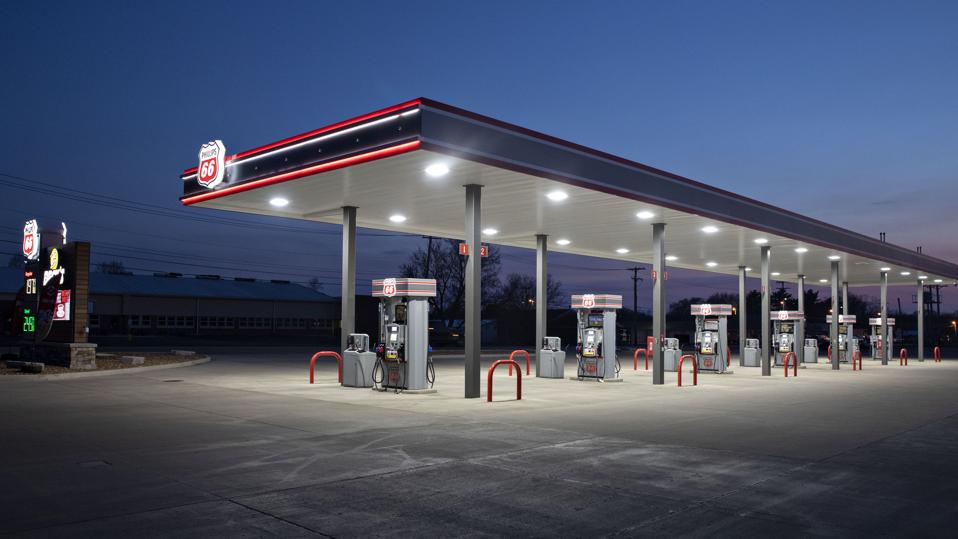 After two weeks of back to back losses, oil prices continue to decline, a sign that the bears have a tight grip on the market. Dropping below the psychological $40 mark has traders on Wall Street wondering how deep the price decline could go as fears about a coming second wave of Covid-19 grow.

There are two clear forces at work in the price decline and they both relate to the oil supply-demand balance forecasts.

On the demand side, the market is at much better levels since the first wave of the Covid-19 pandemic and "Black April." But one thing is clear—demand has not recovered to the extent that the market had hoped for, and demand forecasts remain flat in the coming months.

Global oil demand still sits below 90 percent of the pre-pandemic level of 100 million barrels a day, and the outlook is not great for the refined products sector. That’s especially true for aviation fuel, which could take years to recover due to the lack of international travel. But the outlook for gasoline demand after the “summer driving” season closed on Labor Day is also weak.

The United States is the world's biggest gasoline market, accounting for 40 percent of global gasoline demand. The end of what was a lackluster driving season has contributed to the bearish sentiment in petroleum markets.

Global refining margins are in the gutter. Many refiners are planning long maintenance seasons this fall because product demand isn't there, and margins remain razor-thin and some products are even losing money.

China has been the bright spot in global oil demand, effectively recovering to pre-virus levels. But recent data indicate that Chinese refiners have been storing much of the crude they purchased in recent months. In other words, they have filled their storage tanks with cheap oil, and this buying does not reflect genuine demand from economic activity.

Like other global refiners, China will satisfy much of its fuel demand in the coming months from its extensive inventories of product stockpiles.

That points to further weakening in crude demand as the market enters the autumn “shoulder season” when oil consumption commonly wanes ahead of the colder winter months.

Then there is the trajectory of the Covid-19 pandemic to consider. The virus is not past us yet, and new infections continue to sprout around the world, affecting how key oil-consuming markets work. Even though the industry has recovered significantly, travel and other demand sources have not.

Many European countries that partly opened for tourism have reintroduced restrictions, and air travel isn't expected to make a full recovery any time soon. The increase in road fuel consumption, which has taken oil demand to higher levels since the height of the pandemic’s first wave and picked up a bit in September, is also slowing down.

Even while demand is sweating to keep up with production, activity on the supply side is accelerating.

Some of the OPEC-plus alliance production cuts are starting to show up in the market again. Large Mideast producers like Saudi Arabia, the UAE, and Iraq are cutting prices to sell barrels as they bring back previously shut-in production online. Onshore storage facilities in the region are filling up and offshore storage is once again in demand.

The OPEC-plus cuts went from 9.7 million barrels a day in May-July to 7.7 million barrels a day starting in August. OPEC-plus production limits will remain at that level through the end of the year, before falling further in 2021. Yes, more oil will be hitting the market in 2021, even though few expect global oil demand to recover to pre-virus levels by the end of next year.

With OPEC-plus, Russia must be watched closely. The Kremlin has always been reluctant participants in the OPEC-plus alliance cuts. If it finds that the alliance can’t support prices sufficiently, it could opt to boost production to increase revenues and recapture market share.

There are questions about how long the OPEC-plus alliance, led by Saudi Arabia and Russia, can last. Russian President Vladimir Putin and Saudi Crown Prince Mohammed bin Salman are unpredictable, impulsive leaders. Even though both leaders need higher oil prices to run their countries and meet annual budgets, there is no guarantee OPEC-plus won’t derail—just like it did earlier this year when Saudi Arabia and Russia engaged in a devastating price war.

Adding to the bearish outlook, there has also been a significant reversal of "market-driven" supply shut-ins in North America in recent months. Desperate for cash flow, shale companies and Canadian oil sands producers have now brought back most of the output they shuttered in response to low prices earlier this year.

The supply pressure could mount further, too, if Libya is willing to finally resolve the blockade to the OPEC member's oil machine.

If Libyan production comes back online soon, it could ultimately add 1.2 million barrels per day to an already oversupplied market. That is a significant addition to the global balances. Markets are starting to price in this possibility, even if Libya has had several false promises about oil export restarts in the past.

Libya's return would further complicate OPEC-plus rebalancing efforts as ministers meet on Thursday to assess market conditions. The group’s Joint Ministerial Monitoring Committee will be more interesting this time because the market recovery is struggling. At the same time, it will also become evident that Iraq and other members resistant to reduction quotas will not be able to comply by the end of September fully.

That makes for a noisy week in oil markets.