The UK government is facing fresh calls to abandon its £750m plan to support a gas export terminal in Mozambique over fears the fossil fuel project is stoking the insurgency in the north of the country, which has left thousands of people dead and displaced hundreds of thousands.

In a letter to the government, seen by the Guardian, lawyers for the environmental group Friends of the Earth have warned that the huge natural gas project has worsened the conflict in Mozambique’s Cabo Delgado province, and called on the UK government to withdraw its financial support.

Mozambique’s poverty-stricken northern province has suffered increasingly violent attacks by Islamic State-affiliated insurgents since 2017, many targeting towns and communities near the $20bn (£15bn) gas project, which is backed by major international investors and companies. 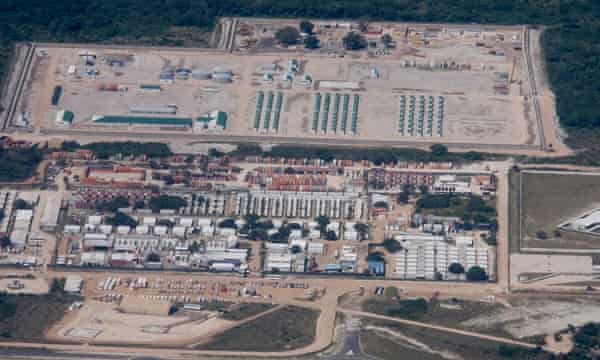 A natural gas plant on Mozambique’s Afungi peninsula. Total withdrew workers from the site after dozens of people were killed in an attack by Islamic State fighters in the nearby town of Palma. Photograph: WFP/Reuters

Rachel Kennerley, climate campaigner at Friends of the Earth (FoE), said: “The violence started as far back as 2017, because of social inequalities, deprivation and acute issues like displacement of local communities from their land by the gas projects. This has continued and worsened recently.

“So, while the gas companies are a target of the violence, they are also a significant causal factor to the violence, exacerbating the conditions that meant this insurgency could take hold. They are an integral part of the problem.”

Human rights campaigners believe the region’s unrest is rooted in the removal of communities from state-owned land to make way for private companies hoping to mine for gems or exploring for offshore gas over the past decade.

About 100 insurgents linked to Isis were involved in the assault on the port town of Palma, based just over a mile from the high-security zone surrounding the gas project. The attack left bodies lying in the street – some of them reportedly beheaded. 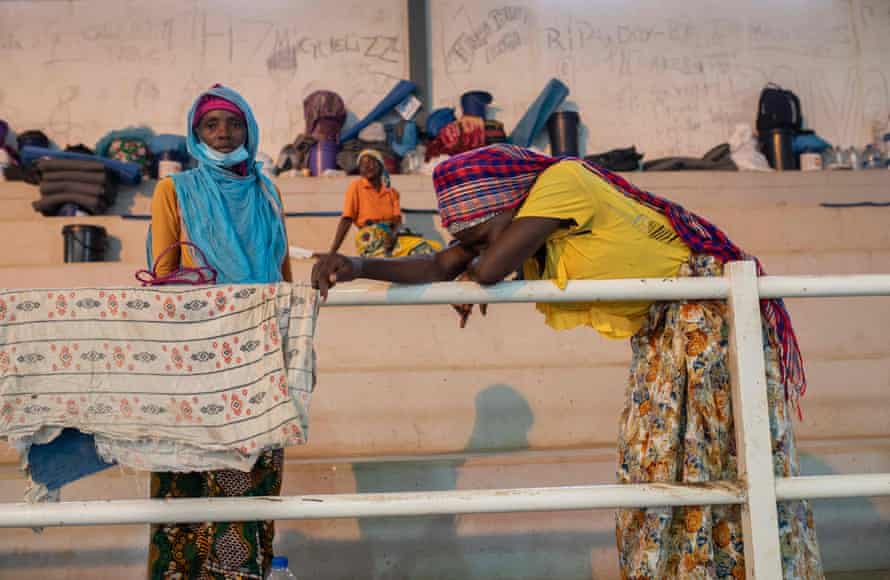 The oil company has since shut down its operations and withdrawn all its staff from the site. Total declined to comment on the warning that the project may be deepening the country’s unrest.

The UK government’s decision to award the largest single package of loans and other financial support to help develop Mozambique’s LNG project may also face a legal challenge from FoE later this year over claims that it is “incompatible” with the Paris climate agreement.

The British prime minister, Boris Johnson, announced late last year that the UK would end all state investment in foreign fossil fuel projects after steady criticism of the government’s “rank hypocrisy” in offering billions of pounds to support projects overseas while claiming to be an international leader in combating climate change.

“The new policy would not allow [support for the Mozambique gas project] to go ahead, but ministers are still backing the project, which is already proving disastrous for local communities in Mozambique while preventing us from stopping further climate breakdown,” Kennerley added.

The government’s export credit agency, UK Export Finance, is understood to be carefully considering the lawyers’ letter before responding.

A government spokesperson said any financial support provided by its agency was subject to the project meeting specific criteria and added that risks around human rights were “a key part of its due diligence”.

They added that the UK was “committed to supporting Mozambique to address the conflict’s root causes” and was helping fund the humanitarian response.

FoE will seek permission in the UK’s high court next week to put forward its case in full later this year.