Why Working From Home Makes More Sense Than Ever: Lessons From The Lockdown 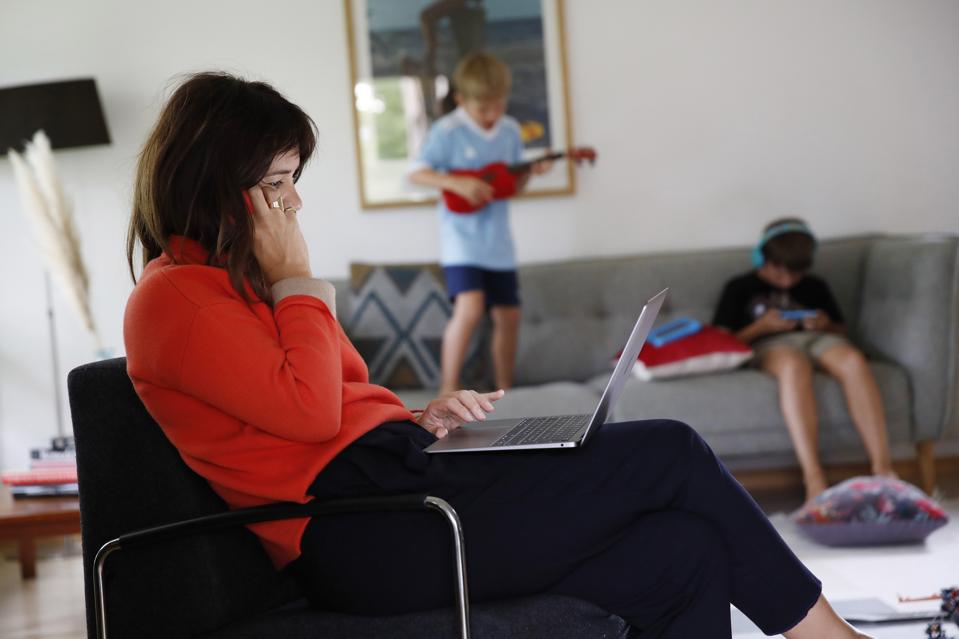 Working from home isn't for everyone. But the coronavirus lockdown has taught us valuable lessons ... [+] about how we live and work.

Seven months into the global coronavirus crisis, those of us lucky enough to still have jobs have seen huge changes to the way we work. In the U.K., almost half the working population has done at least some work from home during lockdown, after government guidance issued in March advised people to work remotely.

That guidance was cancelled in May. At the end of August, when it appeared that people were not returning to the office of their own accord, the government began trying to encourage people to do so. Britain’s newspaper columnists, apparently eager to reinforce government messaging, went as far as to claim that commuting to the office is actually good for you. Corporations got in on the act, putting out advertisements awkwardly exalting the delights of the conventional workplace.

Since then, coronavirus cases have once again risen sharply, and the government in England has quietly shelved the back-to-the-office agenda. In neighboring Wales, the devolved Welsh Government has gone one step further, explicitly stating: “The U.K. Government instruction for everyone to go back to the office is not one we are repeating in Wales.”

The current respite in England, however long it lasts, should provide space for reflection: as recently as June, business leaders and politicians were heralding “a new normal” for the way Britons work, trumpeting the many environmental and health benefits associated with a reduction in commuting. According to some estimates, cutting just one day per week from an average British commute could save almost 380 kilograms (838 pounds) of carbon emissions a year—the equivalent of a flight from London to Istanbul. In a systematic review of studies on working from home, researchers found that remote working resulted in reduced energy use in 67% of cases compared with working from the office, with the main source of those savings coming from a reduction in commutes. Indeed, the country’s key advisory body on climate policy has recommended that fostering remote working should be an integral part of government policy.

And it’s not just the environment that would benefit: studies have found that 75% of managers are happier with the “WFH” lifestyle, and as many as nine in 10 people could be more productive at home than in the office. 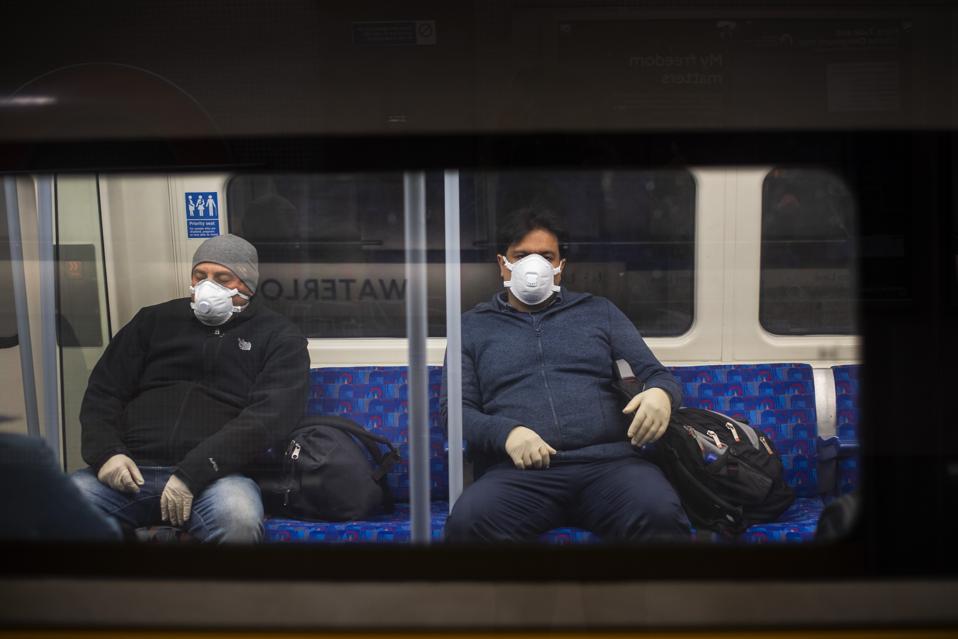 The U.K. government has abandoned attempts to convince people they enjoy commuting.

If that’s the case, how do calls to go back to the “old normal”—hours spent in cars, trains and buses to reach stuffy, energy-sapping office buildings—fit with the government’s stated aim of pursuing a green recovery?

“All the messaging has been reversed, almost 180 degrees,” says Philipp Grünewald, deputy director of energy research at the University of Oxford. “The government trying to coerce people back into the workplace undermines quite a nice pattern we’ve established in the way we work.”

Grünewald researches how people use energy. During lockdown, he says, more people working from home reduced the large peaks in electricity usage seen in the evenings, pre-lockdown, after people would home from work.

“What we’ve found is that the activities that used to be recorded at the crunch period, between 5 and 7pm, have been reduced and spread throughout the day,” he says. For example, rather than washing their clothes in the evening during peak hours, people working from home are tending to put on the washing machine mid-morning and unload it in the afternoon. Grünewald says that’s good news from an energy perspective.

“It seems to relax the daily stresses of early evening [when energy demand is highest], and shifts electricity load exactly where we want it: into the middle of the day,” he says, pointing out that this is when renewable energy sources such as solar are providing more electricity to the grid.

Spreading demand in this way is important for an increasingly diversified electricity grid, as infrastructure experts have highlighted. In 2016, the U.K.’s National Infrastructure Commission (NIC) recommended three innovations to achieve an efficient national electricity system, namely interconnection, storage, and demand flexibility. Such “smart grids”, the NIC found, could help the country meet its 2050 net zero carbon target, while at the same time saving consumers some £8 billion ($10 billion) in bills. An increase in the amount of remote working, Grünewald says, delivers exactly that kind of demand flexibility.

But is the case for remote working versus commuting a simple case of wrong versus right, bad versus good?

“There’s a huge potential upside in terms of energy efficiency in working from home. It’s a better use of space,” Ford says. “But there’s a trade-off: yes, you don’t have so many people using energy in their offices, but then they need their homes to be heated and lit more.”

Furthermore, Ford says, “only about 20% of trips made per day in the U.K. are accounted for by commuting.” Even if the journey to work has disappeared, he explains, there are still a lot of other trips taking place. “We talk about the commute as a big driver for travel, but there are many other reasons people get on the road—shopping, recreation, visiting friends and relatives.”

“Until schools went back, we weren’t seeing the big traffic peaks in the morning and evening that we used to see,” James says. “Now that morning peak is back to normal.”

And it’s not just school traffic. “Holidays are over; everyone’s trying to get back to some sort of routine,” James says. “So even if you’re not going to the office every day, you might go in one day a week.”

James explains that when lockdown began, U.K. road traffic dropped sharply, with people restricting all types of journeys. But since the end of the U.K. lockdown on May 10, “slowly but surely, week on week, there’s been a gradual increase back to where we were before.” That being the case, he says, “I’m not sure there ever was a ‘new normal’: we saw a sudden dropping off, followed by slow adjustments.”

Ford says this return to normality should inform us about the nature of human behaviour and the need for structured—rather than incidental—changes to our way of life. “Yes, we need to make these changes. But what we’ve seen from coronavirus is the limits of trying to achieve that through an emergency situation and simply telling people what to do,” he says. This realization “shows the importance of infrastructure, of economics, of pricing and all the other things that regulate people’s behavior.” 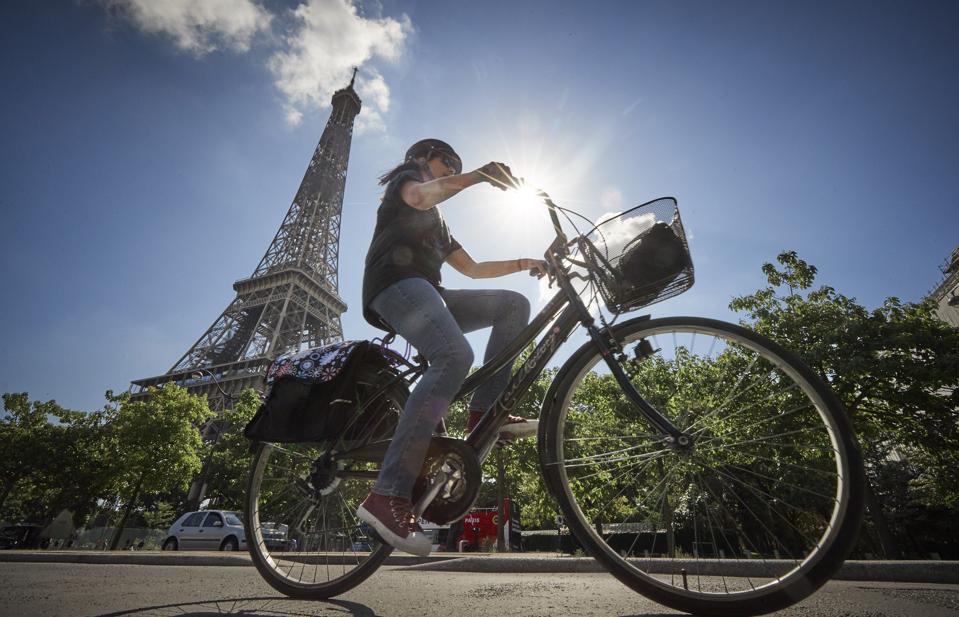 James and Ford say that such lessons help make the case for smart cities. Much like the smart grids of the NIC help distribute energy, in smart cities, digital technologies and infrastructure planning help improve efficiency and balance transportation flexibly, to accommodate changing patterns of human behavior. When it comes to traffic, examples include the introduction of signaling systems that predict congestion and adjust traffic signal timings automatically, real-time traffic information pushed to cell phones, and variable pricing for parking, public transportation and ride-sharing schemes.

With these options on the table, Grünewald believes the lesson of the coronavirus lockdown is not that we need to ditch the workplace, but that we should embrace flexibility.

“Flexibility is the thing we should be excited about, because if we want to get to a net zero energy system, the timing of demand becomes critical,” Grünewald says. “We can easily have enough energy, but if the people in the wrong place want it at the wrong time, it’ll be hard to achieve.”

Grünewald agrees that there are trade-offs to working from home, noting some cases in which people who work from home most of the time are more willing to travel further when they have to make the occasional trip to the office, thereby generating more emissions. “Additionally, because this shift to remote working came so suddenly, our offices are still sitting there, still using a comically large amount of energy,” he says, pointing out that a structured, thought-out approach to enabling WFH would entail scaling down business premises for better efficiency.

“I think what lockdown has done for us is that it’s widened the options: things that were deemed impossible have suddenly become possible and have worked pretty well,” James says. He gives the example of online doctor’s consultations, which were not available prior to the lockdown. “People said it would be too complicated, but the NHS got it running within a month,” he says. “The system’s not perfect, but we’ve proved it can be done.”

“It’s been an eye opener for many people,” Ford adds. “Working at home was always kind of cynically viewed as slacking off, whereas now it’s perfectly acceptable—it can be more productive than office work in certain jobs.”

On the other hand, Ford notes, having at least the option of office work is something that most people would like to retain. “I’d hate to think ‘this is my life now; these four walls for eternity,’” he says. “I’d like to get back to my office at some point—but not every day.”

Perhaps, then, the commuting versus remote working debate needn’t be a this-or -that question. Rather, the lesson of lockdown could be that greater flexibility—on the part of employees, employers and especially policymakers—can benefit everyone.