There are days when the climate change myths and narratives by segments of the population are sad, scary, and amusing at the same time. This week happens to be one of them. You have people saying that cool days or seasonal transition refutes climate change. Of course, we know that a day or week of cool weather says nothing about a global warming in the same way that one hit or week-long hitting streak by a baseball player says nothing about his career batting average. However, the most bizarre myth this week came from people on social media claiming that wildfires conveniently stopped at the Canadian border. Clearly, the map that I generated from the NOAA Hazard Mapping System (below) for September 14th, 2020 shows otherwise. Let me explain what is going on with the latest foolishness on Twitter. 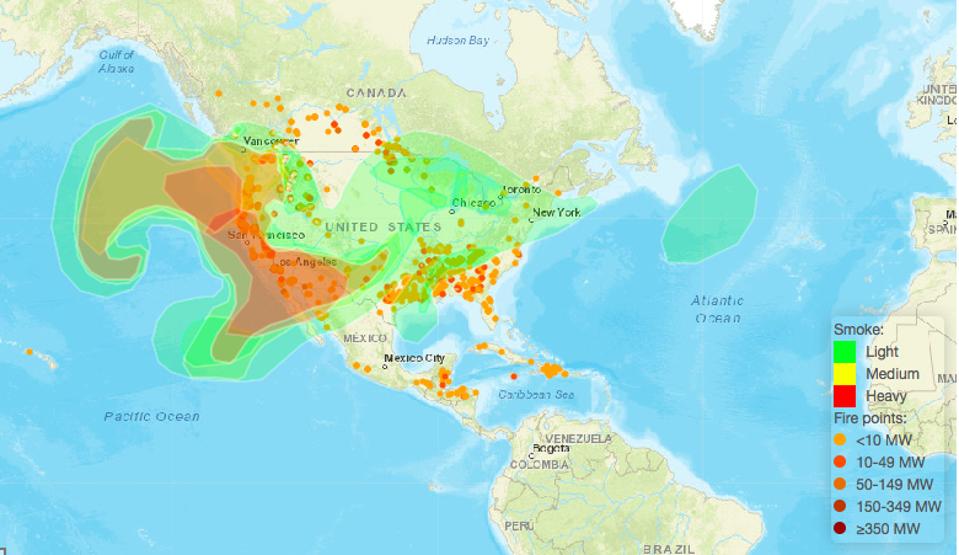 Fire and smoke activity on September 14th in Canada and the U.S.

This week numerous colleagues were tweeting into the “social media wilderness” refuting baseless claims about fires at the border. Apparently maps like the one below were being shared with questions like, “Why does climate change stop at the border? “ People ranging from Hollywood actors to medical doctors got on the geographically-illiterate bandwagon. Though I am the director of the University of Georgia’s Atmospheric Sciences Program, my tenured home is the Department of Geography. I immediately recognized the problem and so did my colleague Professor Katharine Hayhoe of Texas Tech University. 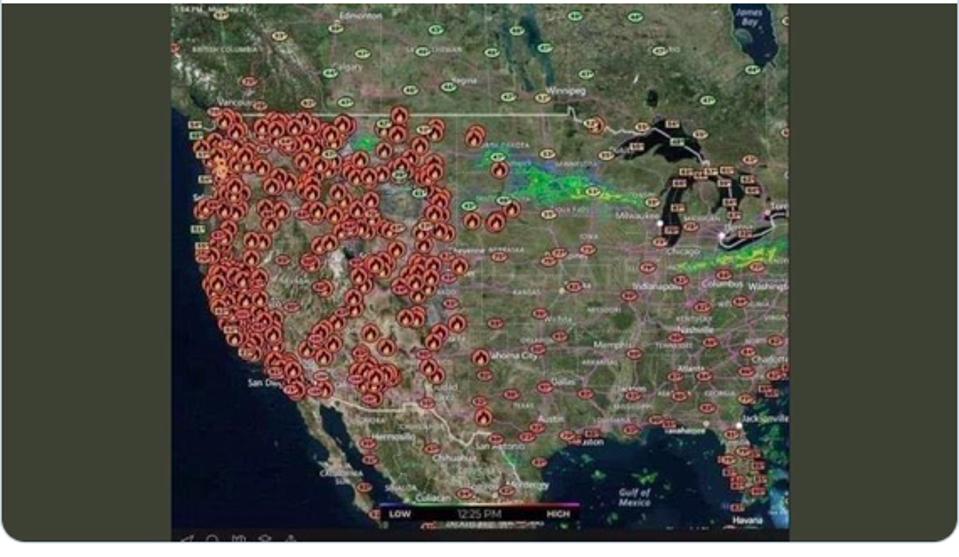 The fires seem to stop at the border because of the dataset being used and the particular time ... [+] frame.

Hayhoe is one of the top climate scientists in the world and a frequent slayer of climate zombie theories that slog around in social media. She tweeted in response to the ridiculous Tweets about the map, “The latest disinformation circling the twittersphere asks why the impacts of climate change appear to stop at the Canadian border. The answer is simple: because US maps only show US data.” While her response was a “Duh” for most of us, the toxic mix of ideology, climate change denial, and lack of familiarity with geospatial data created this firestorm (pun-intended). I would also add that cherry-picked days or time frames can also present a perception of minimal activity in Canada or the U.S at specific times. 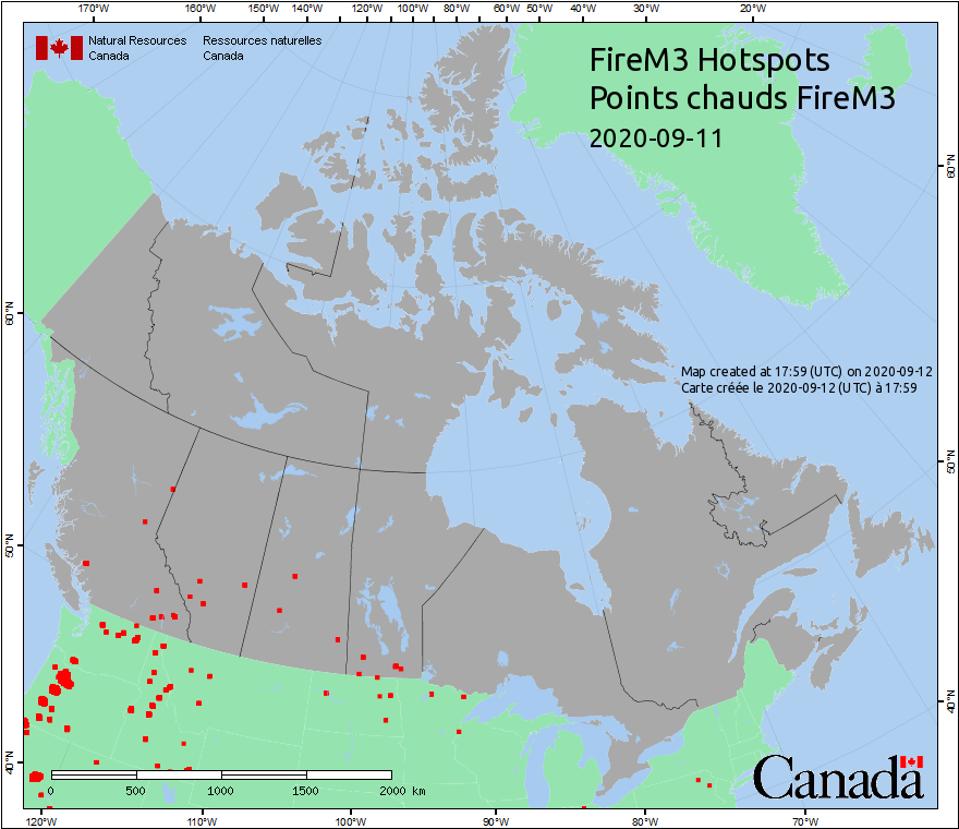 I knew that there were numerous ways to debunk this madness so I went to the Natural Resources Canada website. It has a host of interactive resources that allow you to assess fire data in Canada. I used the interactive map and quickly plotted the fire hot spots for Canada and parts of the western U.S. for September 11th, 2020 (above). Guess what folks? There are fires in Canada too. If you still don’t believe fires happen in Canada, the map below shows a historical accounting of fire activity from 1980 to 2019. To be fair, perhaps some people just aren’t as accustomed to looking at geospatial datasets. However, if that is the case, don’t make sweeping, inaccurate statements. You don’t look at the weather radar on your App and conclude that it doesn’t rain in other states just because you are only looking at a radar image of your state. 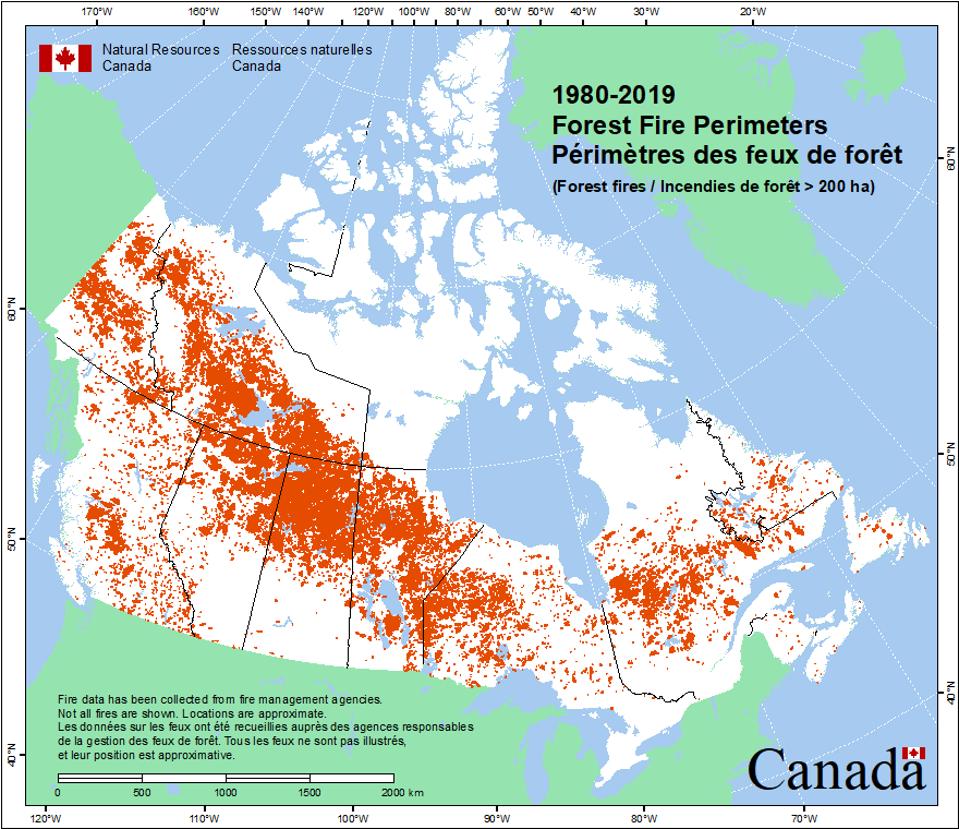 The western U.S. fire season has likely been more intense than the Canadian fire season in 2020. Experts attribute that to wet conditions in Canada and aggressive COVID-19 lockdown policies. However, Professor Hayhoe’s Tweet in response to one of the ridiculous claims sums things up nicely. She wrote, “Sir, you appear are unaware of the difference between climate vs weather....Some days, weeks, or years, Canada will have more fires. The last 2 years were particularly bad. Other times, the US will. Pls update your understanding here before commenting again.” 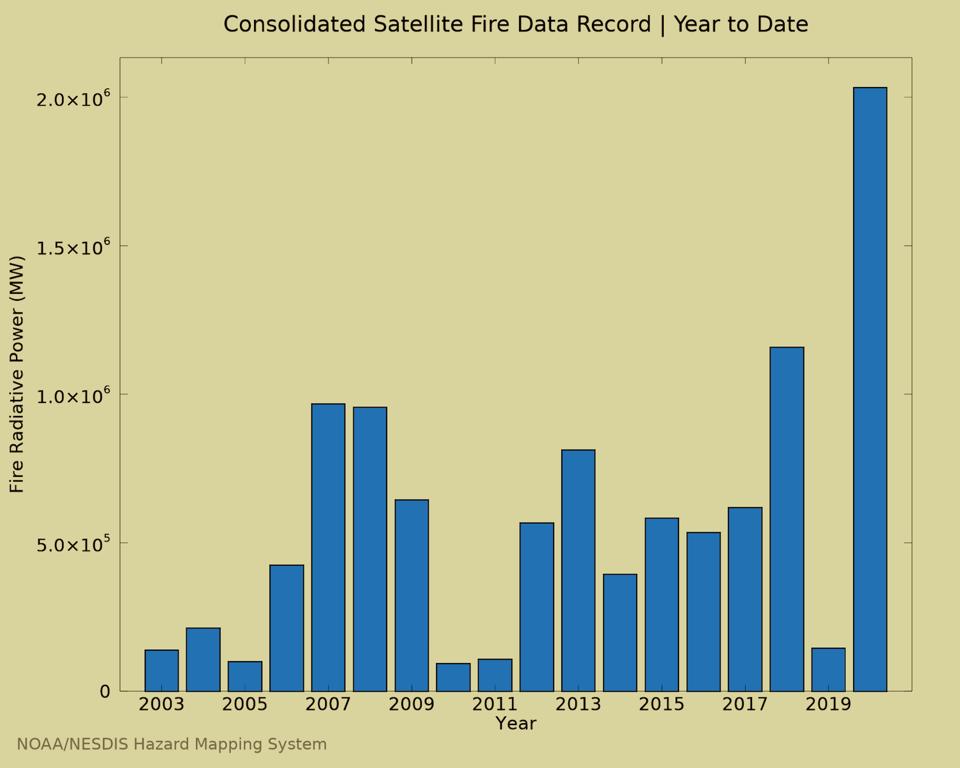 California fire season as been one for the record books.